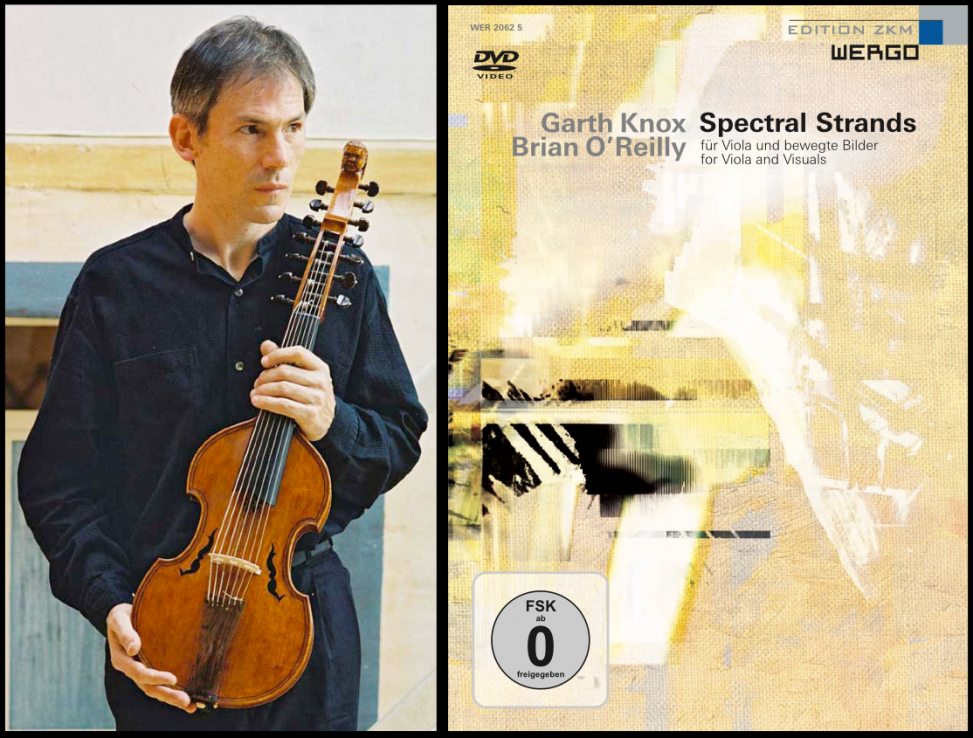 To get to know the various dynamics, EQ, and reverb effects on the TC System 6000 I tried a mastering session with the 5.0 mix files of my piece 24/7: freedom fried for viola d’amore and computer.  This was recorded in September 2006 at ZKM Karlsruhe, Germany, by Garth Knox.  It was (is?) to be released on the Wergo label with video art by Brian O’Reilly; however it seems to be still mired in legal issues relating to the other pieces on the disc. [ update: someone must be listening: it’s out. ]

We recorded the viola d’amore in surround and even went to the trouble of re-recording the electronics in the same hall. We did this by playing the files through four D&B speakers and recording with a surround mic array in order to capture the ambience and create a more natural sounding mix with the live viola.  I was never really happy with the room sound though, so I was curious to see if a little TC surround reverb would help out.

The MDX5.1 dynamics processing was perhaps the most impressive effect used here.  It has a radically different approach to dynamics, raising lower levels but not higher, so there’s an overall increase in weight to the sound but the transients don’t get squashed.  Very effective; very slick.  There’s a soft limiter (which I didn’t use) and a brick-wall limiter too (which I did use, just for safety–the limiting light did flash a couple of times in the piece but no more than that).

5.1 EQ was a joy to use after being forced in the past to EQ surround mixes with an array of three stereo plugins (or even worse: three passes with stereo outboard).  Because there was some pretty untamed bass in the original mix (I thought I’d monitored correctly back then…hmm….) I did  a pretty heavy high-pass (9DB per octave) starting as high as 68 Hz.  I also lifted a touch with a shelf at 8Kz and two fairly wide parametrics at 700Hz and 2.5KHz to give the sound a little more body and presence.  I was surprised at how characterless, or rather transparent, the filters were; I was also shocked at how much boost or cut could be added without wrecking the sound (no harshness to my ears).

At this point I had to print the effects to disc as–running at 96KHz–I had no more processing power on the TC to do the reverb.

As I had a complete 5.0 mix I used the VSS 6.1 Generic Reverb algorithm in 5.0 mode.*  I used the Vienna hall preset and first tuned the reverb alone by fading the early reflections and dry sound right down (there’s no wet/dry setting here).  I low-passed the reverb drastically, taking out everything above 1.5KHz, as well as everything under 174Hz, if I remember correctly.  I then adjusted the decay time to around 1.5secs, where I had the feeling that the individual events weren’t bleeding into each other but there was quite a thick hall ambience.  Then I played with the early reflections, brought up the dry level to unity, and adjusted the reverb level to -21db.  I was surprised here just how much difference +/- 0.5db reverb made.  In any case, without being too present as an obvious effect, the reverb added a real touch of class and depth; it couldn’t take away the original room sound completely of course, but I think it distracted significantly.

Surround channel order in multichannel files tends to cause a lot of confusion, especially in the compressed formats.  The ogg vorbis file order for surround is supposed to be as follows:

I used Max to encode an Ogg Vorbis 5.0 file at 256kbps.  The channel order I then got was L=1,C=2,Ls=3,Rs=4,R=5.  Before listening to the piece you should probably route your channels according to the following test file:

For comparison, here’s the opening of the unmastered version:

The whole five-channel mastered piece runs to 14mins32 and yet is under 27MB, which is pretty astonishing really:

Maybe these will be of use to future Reid surround masterers:

ProTools file: TCSys6000MasterAug10
[NB due to wordpress restrictions I wasn’t able to upload a .ptf protools file, so I renamed it to pdf and all was fine (great security!).  So rename to .ptf and this should work in PT8]

* TC distinguish between Source and Generic reverbs in their algorithms.  From the manual “Until 15-20 years ago, digital reverb was mostly used as a generic effect applied to many sources of a mix.  Nowadays, where more aux send and returns are at disposal, new approaches have emerged. Elements of the mix are being treated individually, adding room character, flavor and depth in more creative and complex ways. At TC, we call this a Source based approach, and we have put more than 30 man-years of development time into design and refinement of Source based room simulation.  When Generic digital reverbs were invented, they stretched the DSPpower and memory bandwidth capabilities of their time; and Source specific processing was completely out of the question. Even though we may now consider Generic types to be less than ideal, they still have applications for which they may be chosen instead of their Source based cousins.”