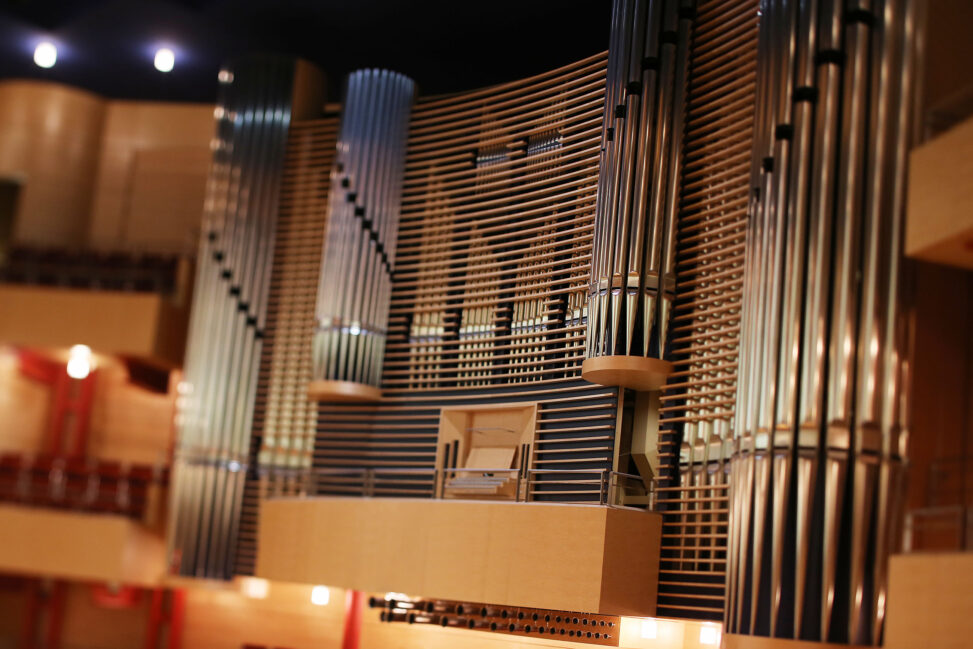 Over the spring and summer of 2020, my students and I worked on new pieces for the MIDI-controllable Kuhn Organ of the Philharmonie Essen. Some of these were algorithmically generated, others more traditionally composed. Originally the idea was to present a live stream during the early stages of the corona pandemic but this was postponed when live concerts were held again starting in June. So we planned a live performance of these new pieces for the NOW! festival in November. Sadly that was subsequently cancelled, again due to the pandemic, and so we went back to the original idea of an internet presentation.

Once the pieces were complete, my colleague Michael Schlappa undertook a full video production of the project. What I love about his interpretation is the revelation of the organ mechanics. Given its history and function, we think of the organ very much as a musical instrument to be played by human musicians, which of course it is. But it is easy to overlook the fact that essentially the organist is detached from the sound-production (though I’m sure that’s not a popular view amongst organists) and so is already undertaking a somewhat remote-control musical operation, even whilst sitting in a mass of sound. The superimposition of video footage of the mechanics of the organ into this production reveals just how much technology and engineering is usually hidden from the listener, even the player. This bridges the gap to computer-driven control of the organ: by sonically and visually revealing the beautiful mechanics of the instrument we feel closer to the machine and perhaps less disturbed by the idea of a computer-driven performance.

In post-production, I was responsible for the mix and master. For the latter we had the services of our beautiful new SPL PQ analogue EQ, which to my ears at least lends elegance and power to the highly varied but often majestic sounds of these new compositions.