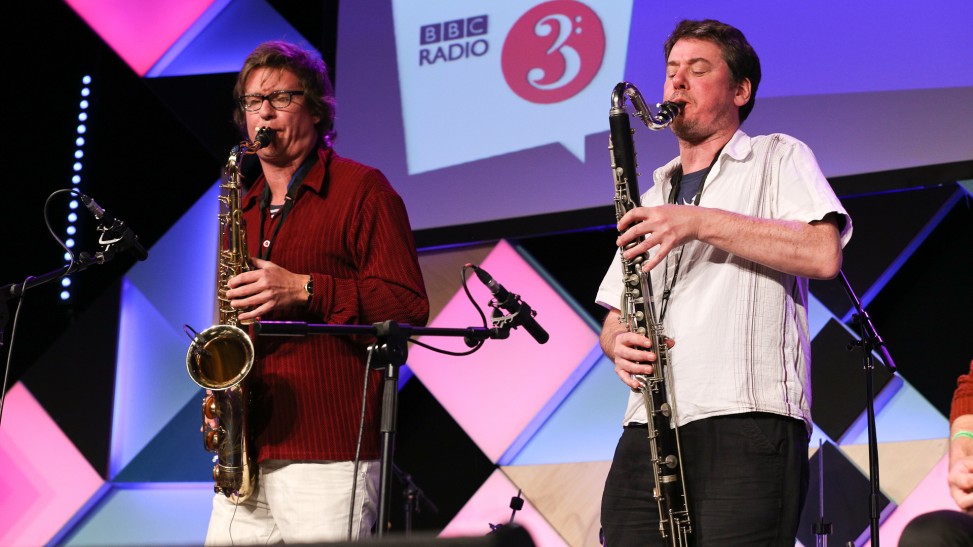 edimpro on BBC Jazz on 3 from the Edinburgh Festival On August 18th 2014, edimpro—the free improvisation group I started at the University of Edinburgh in 2009—played at an Edinburgh Festival live broadcast concert for the BBC’s Jazz on 3 programme. The lineup was Jack Weir (electric guitar), Lauren Hayes (piano and electronics), Karin Schistek (keyboard), Pete Furniss (bass clarinet), and myself (tenor sax and electronics).

We did a really tight, short set, by our standards at least. It was marred by a power failure on Karin’s keyboard and an egotistical heckler sharing his feelings just before the last note died, but hey, we enjoyed ourselves and so did the majority of the audience, if the applause was anything to go by.